A Snowy Day at Ashton Court

Still a lot of snow at Ashton Court and today there was also a cold wind.  Despite this there was a good turn out and we were able to celebrate a 70th birthday in normal fashion by eating donuts.   I think people were glad to get out for a chat and a bit of fresh air.

Not a lot of work done outside but the Ground Level team were busy making up for lost time building new track in the workshop.   Inspection carried out and no frost damage to report with the small thermostically controlled heater in the station toilet area doing it’s job.
The rest of the site was under quite a deep layer of snow as you will see from the pictures below.    Maurice Weakley who looks after our Raised Track Carriages came along to see what work needed doing – we presently have two carriages out of operation

Before the snow came Terry Phelps was getting on well with raising the signal box, so that we no longer have to employ dwarves as signalmen.  You can see below the box is supported at it’s new height by timber props.   Terry now has to add brick course inside and the props can then be taken away.  Today was a day for admiring progress, not bricklaying. 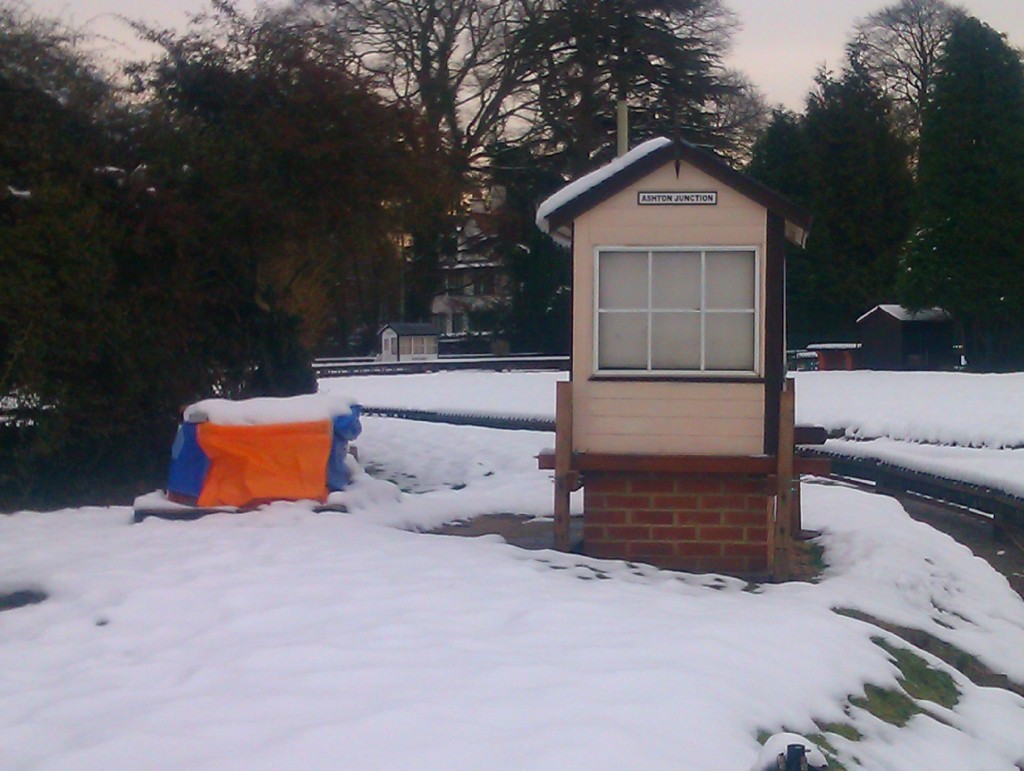 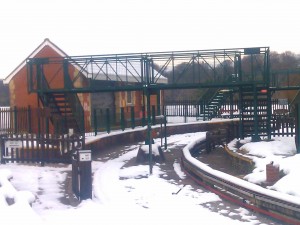 Heavy snow on the 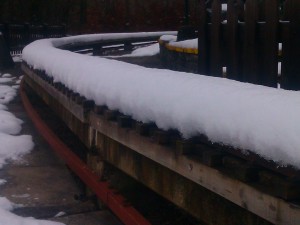 track. Scale 3 feet – it would take a good snow
plough to shift it . 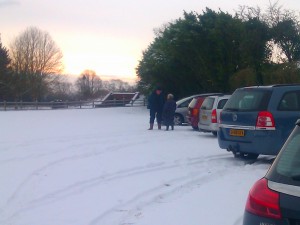