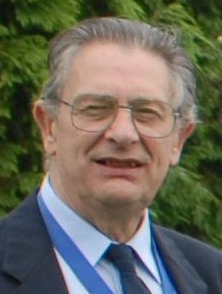 It is with deepest regret that we inform you of the death of our President, Geoff Sheppard, following a major heart attack. He died on Wednesday 27th March 2013 whilst undergoing treatment at the Bristol Heart Institute (BRI) having been transferred from Frenchay Hospital, where he was taken immediately after his collapse.

Geoff has been a major contributor to the Model Engineering Hobby in general and BSMEE in particular for many years. Amongst his many credits he was editor of Model Engineers’ Workshop and held several management posts within BSMEE, culminating in his appointment as President in 2012.

Geoff was a lovely, kind hearted man and, when asked for a favour or advice, nothing was ever too much trouble for him. He will be greatly missed by all who knew him and our deepest condolences go out to his wife Gill and their children.

The funeral was on Friday 12th April at 12 noon at Westerleigh Crematorium
and afterwards at The Kendleshire Golf Club.