Back from my fascinating tour of Eastern Germany including Berlin, Dresden and Colditz normal blogging service will now  hopefully be restored. 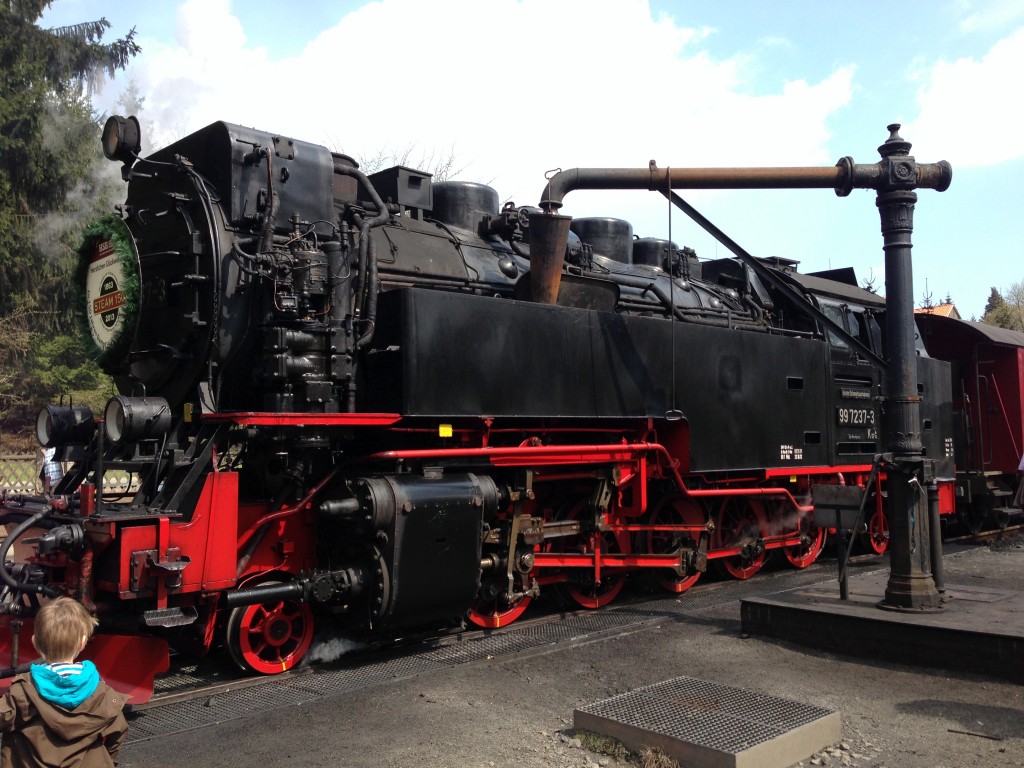 We had a great trip up the Broken in the Harz mountains behind this beast.  Specially built for the job they haul large trains up to the 3,000ft summit on narrow gauge track with no cogs. A splendid sight and sound.

We also visited the world’s largest garden railway – Eisenbahnwelton in Kurort Rathen – which included the Harz railway in miniature. Trains running everywhere, fully signalled, sound, uncoupling and running round at the end of the line etc.   We should have one at Ashton Court but perhaps not as big as this – you would have a job to fit it into our whole site – but the control systems would present a super challange. 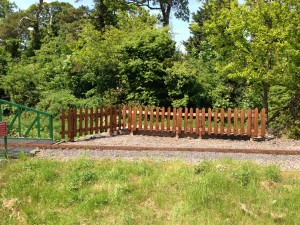 Back to our world –  on a brief visit I was pleased to see that Alan Hooper has been getting on with the new fence by the bridge.  A number of people have been concerned by the hazard presented by the unguarded drop and it is good to see it in position.  Alan has already given it a coat of creosote and he was not alone with the creosote brush.  There were five people all busy round the site putting protection on the various fences.   Not a pleasant job but one of many carried out by members to keep Ashton Court in such fine condition.

Following work by the track and bogie gangs we seem to have got on top of the derailment on the ground level track and had trouble free running over the Bank Holiday weekend.  Lots of locos, passengers and helpers.

Now we have planning permission for the workshop I am busy obtaining prices and quotes so that we can put together a realistic cost for the project and aim to have something by the end of June.  We can then get back to the members and get their views on whether to proceed.  Planning requirements are not too onerous but we will have to carry out planting to replace shrubs we remove and fit a bat box on the new building.