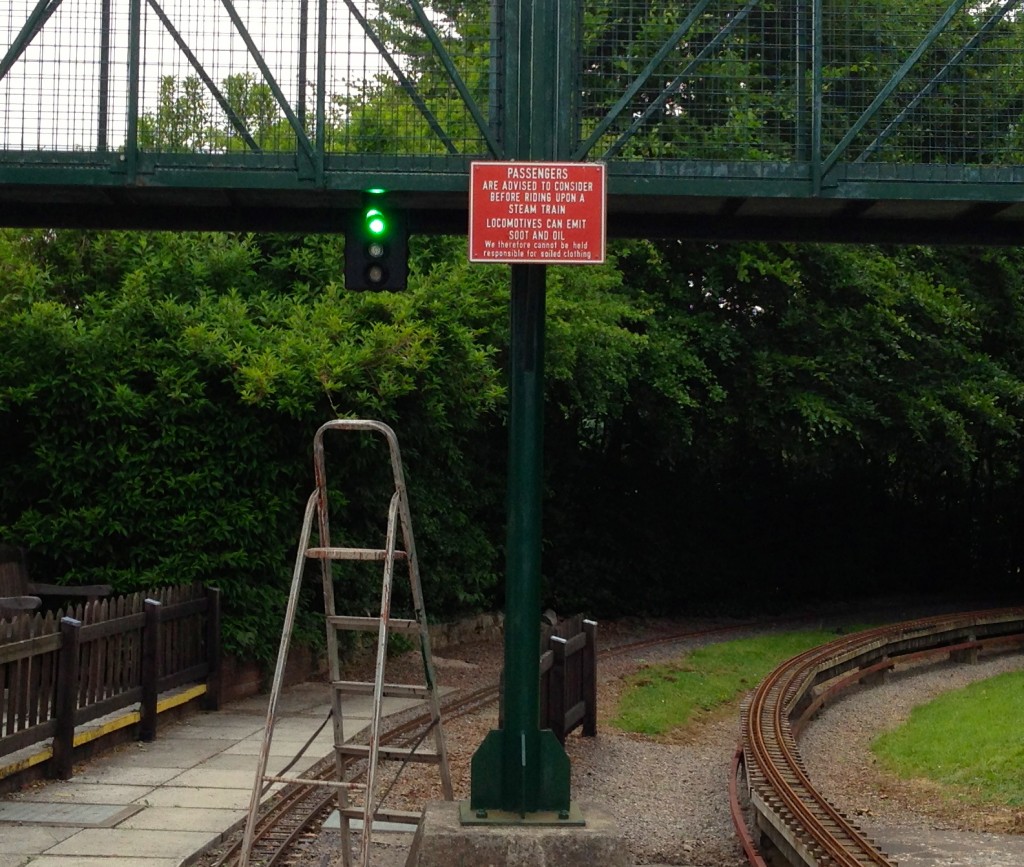 Busy day at the track Friday and Tuesday.  Now the ground level track has been re-layed leaving the station through to the bridge we no longer have metal ties joining the rails and we can have track detection to see if the  track is occupied.  The detector can then be used to operate a signal at the station which will inform the driver when it is safe to pull away.  Two purposes, firstly the vision is obscured by the hedge at this point and it is not easy to see if the track is clear and secondly it adds to the railway “atmosphere” and gives something more for passenger  to watch – they seem quite taken by the various signals. 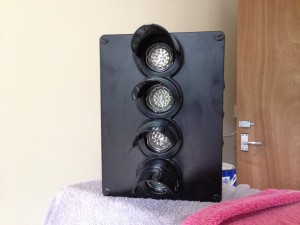 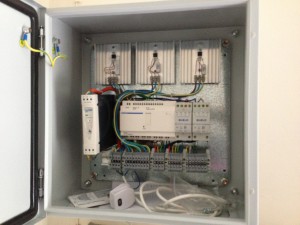 Work started early this year when I designed the system and brought the components.  These are mainly sourced on ebay which provides plenty of choice and good reliable service.  You have to wait a bit if the part comes from Hong Kong so you need to start early.  Having got all the bit these were put together into  a cabinet, the circuits tested and the cabinet bolted onto the wall in the station.  At the same time Mark Phillips was getting the bits and building the signals.  We will eventually be installing two systems, one for the ground level and one for the raised track but at the moment concentrating on the ground level. 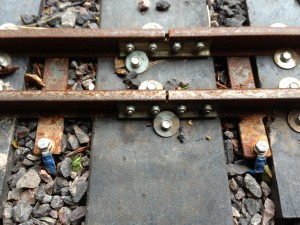 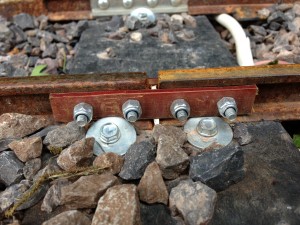 Once the track was in place Terry Phelps set to work welding electrical contact straps onto the rails with silver soldered bolts in the straps.  These are then joined together with wire loops to maintain the circuit across the fishplates. Roger Sykes, Derek Todman and I then pulled in the cables and today we completed the wiring to the signal which Mark had mounted under the bridge and also to the beginning of the new track where Mark and Terry had fitted isolating fish plates.

With me so far – I seem to be going on  a bit but there is quite a bit of work to be done. 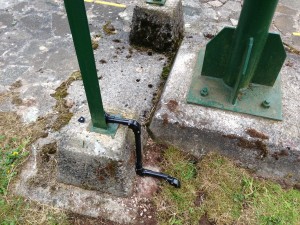 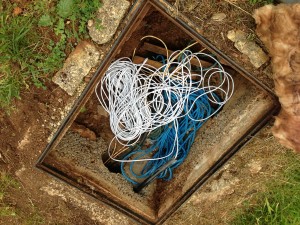 On Tuesday, Mark and  I hope to get the signal working so next time you are down on a Running Day have a look – We did except Mark was at the dentists.

Why no pictures on Friday Well shortly after lunch three members from Stockport ME turned up. The are driving an old Lagonda from Lands End to John O”Grouts and as they were passing, called in on the off chance.  So, by the time we had chatted, given them a ride on Telford and had a cup of tea the afternoon had gone andI  had to rush and pack up.