I am taking part in the SMEE course for beginner Model Engineers, the course covers the building of a small boiler and oscillating engine to the design ‘Polly’ by Tubal Cain.

The boiler is designed around a tube of copper with formed endplates and a central chimney that doubles as a stay. Brass bushes are placed in the top plate to hold a safety valve, steam pipe and filling point.

Here is my progress so far. 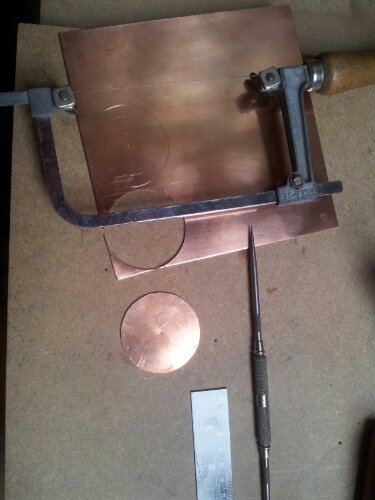 Cutting the end plates from sheet 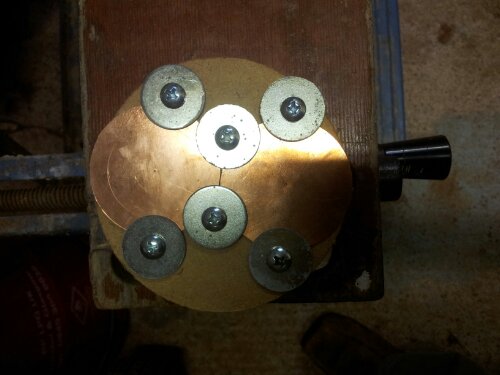 Discs held on an mdf base for drilling the central hole 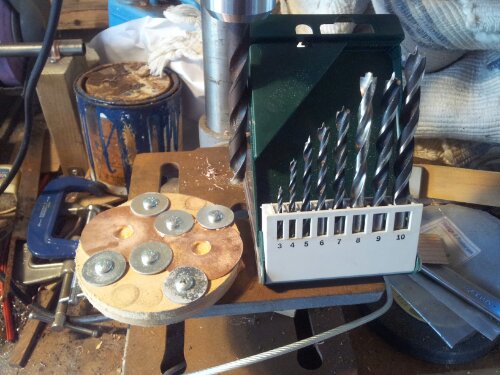 I had heard lots of horror stories about drilling sheet but using these drills it was no problem. Not a triangular hole in sight. 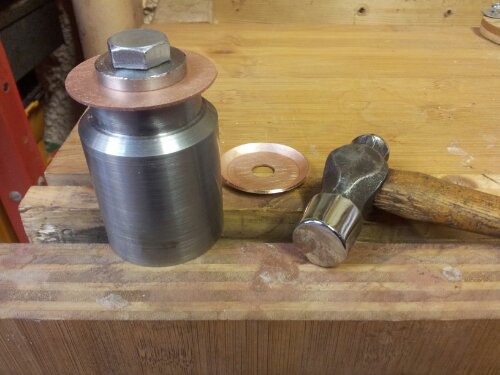 Here you can see a part formed disc and the next one to be formed fitted to the former. The ball pien hammer was an old abused one that I cleaned up with emery and then polished up on a buffing wheel bought at one of our auctions. 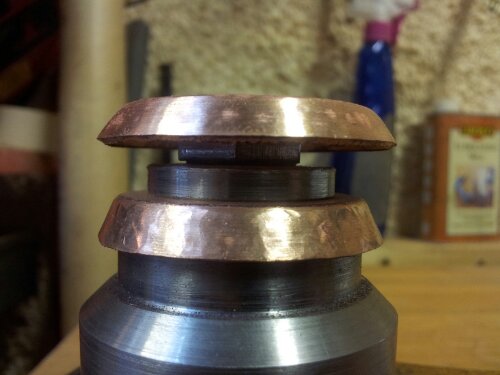 And then it a case of beat, anneal, clean…… until formed. 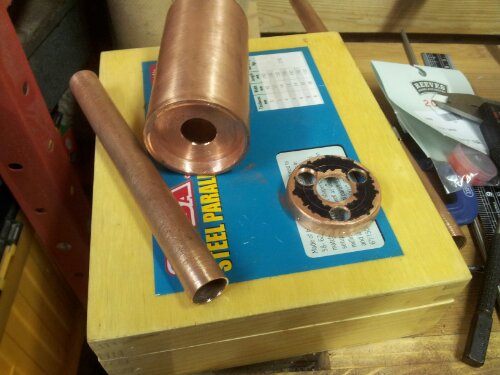 All the copper parts complete. The holes for the bushes were drilled using the drills shown previously and the holes for the chimney were opened out with a boring bar on the lathe. 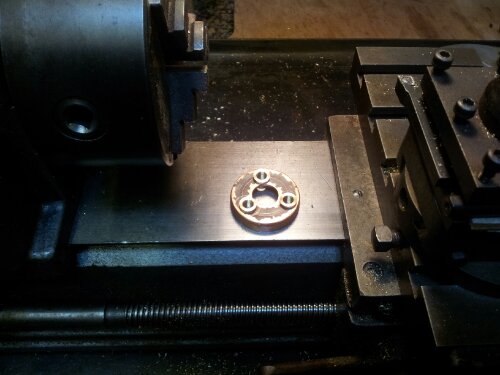 And here are the bushes turned from brass.

My next step is to silver braze everything together. I got a few sticks from Ron at the last meeting and the only thing holding me back now is a little trepidation but with luck and a fair wind it will be done tomorrow.