Last week we had a visit from the local school, Bridge Learning Campus,  Hartcliffe.

The children, from reception and class one, had  Little Red Engine as their topic this term and they 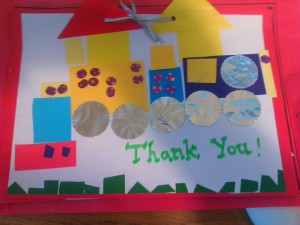 came along to ride on a real engine.   60 children turned up on Tuesday and 60 on the Wednesday accompanied by a large squad of very willing helpers and we opened up the track and gave them all  rides on the railway.     The thing they enjoyed best was undoubtedly the tunnel which featured in the story they had learnt.  They showed their delight by screaming all the way through. They were also warned to watch out for crocodiles under the bridge which caused much amusement.

The members all enjoyed giving them a ride.  They were extremely well behaved apart from a few noisy helpers -:), also they gave us a generous donation and even the weather was kind.

They followed this up with two splendid thank you cards signed by all the children which you will see appended. A real pleasure to share our hobby with such an appreciative audience. 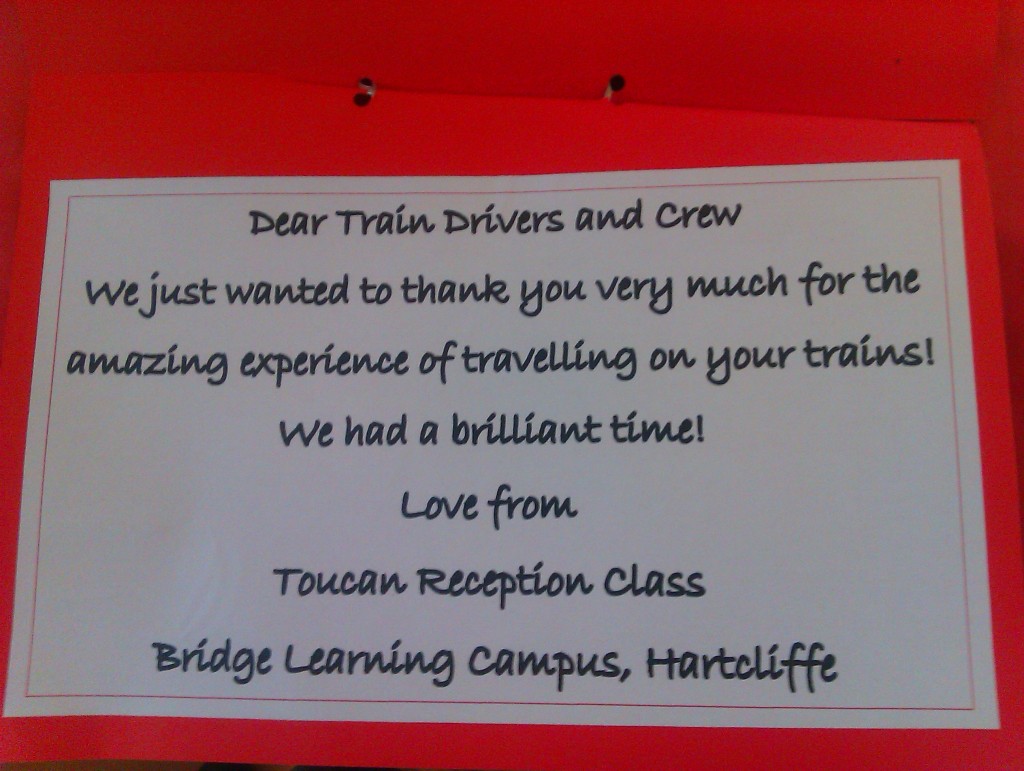