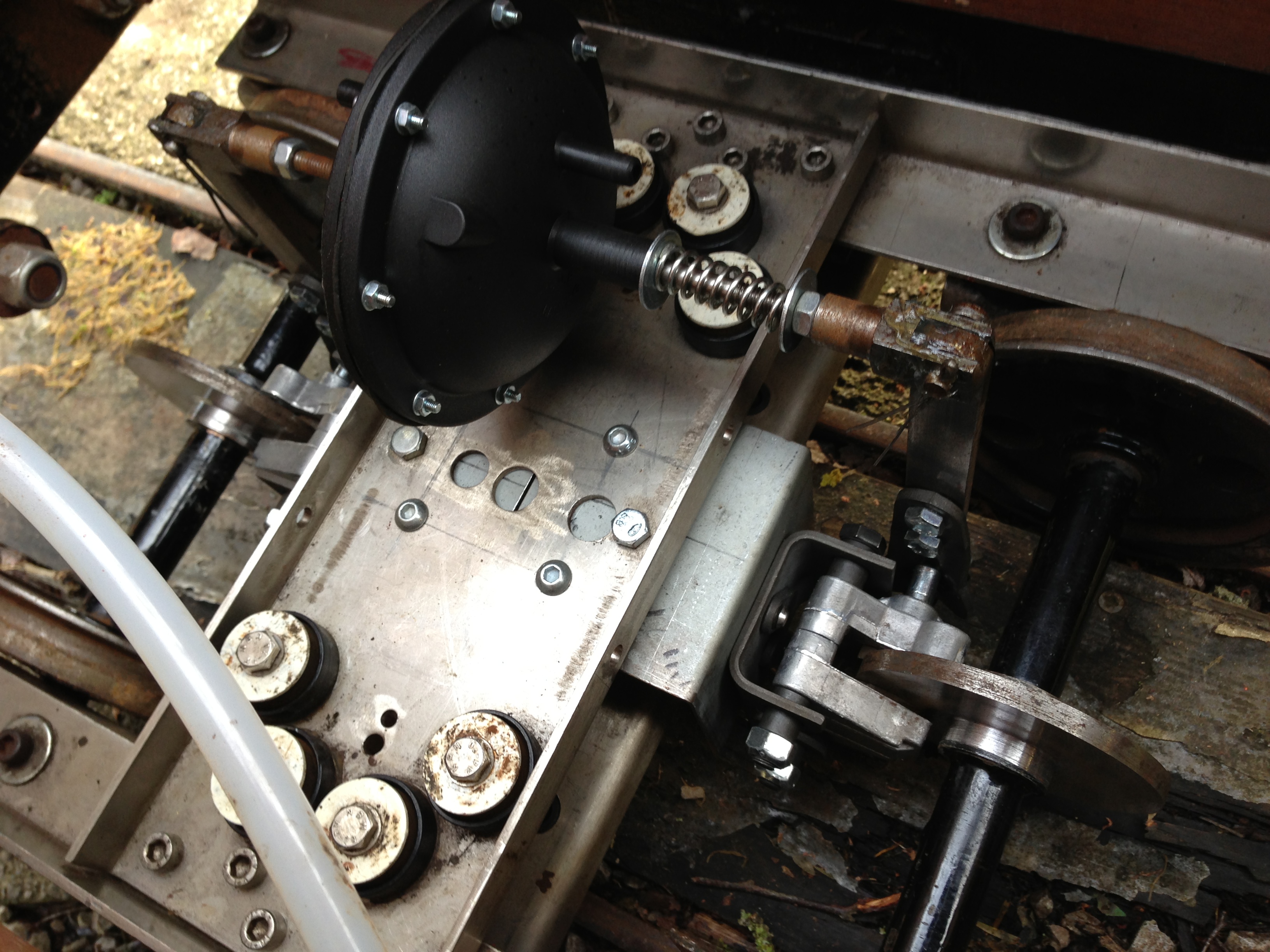 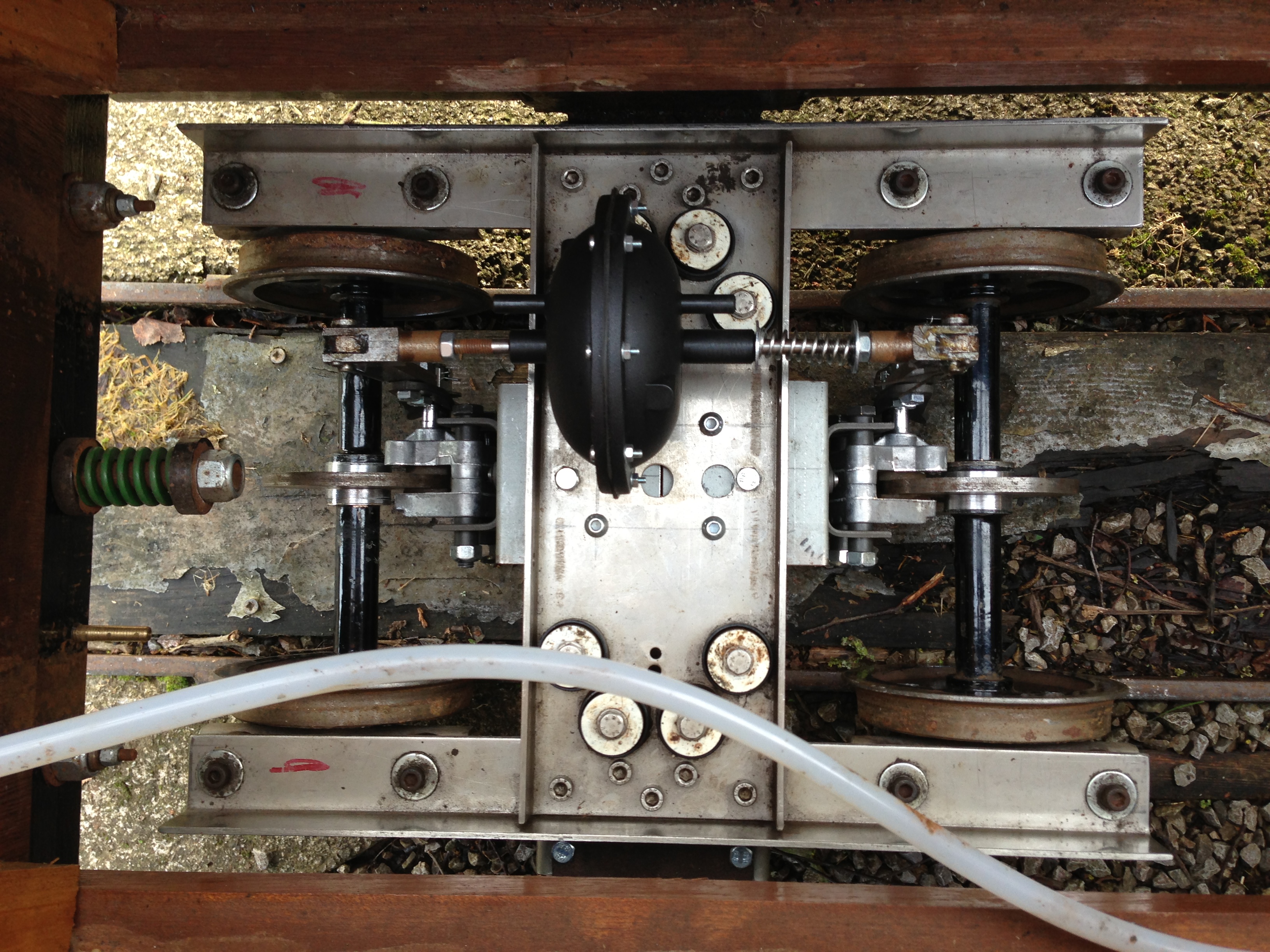 For some time Phil Bridgeway and Ron James have been working on the brakes for the four new ground level carriages.  The new development uses a PNP vacuum diaphragm unit operating callipers which are marketed for go carts.  The pictures above shows a braked bogie and the vacuum unit and callipers can be clearly seen.    In this system the vacuum unit is mounted between the callipers mounted on each axle and when it air is introduced the vacuum collapses which shortens the operating arm which applies brakes on both axles.   Ron is working on a similar design which pulls on one set of brakes and the other callipers are puled on by a tie rod.  Both systems have their merits and we intend to have two  carriages equipped with each system.

All four carriages will be operational by the first running day and we will trial them through the season keeping careful note of their performance.

The brakes on the existing carriages have proved to be very difficult to keep in adjustment and the bogies themselves have had a good deal of wear.  It is therefor proposed to replace them with new bogies with new wheels and rubber suspension using this much simpler braking system.  This will of course depend on  the results of the test runs.

Testing carriage brakes behind a loco is difficult because you cannot be sure if the loco or the carriage is doing the braking.  Phil therefore came up with battery driven stand alone vacuum unit using a £7.50 tyre compressor suitably modified.    The pictures show this on a carriage which was the loaded with volunteers and pushed rapidly along the track.   Releasing the vacuum operated the brakes and the carriage quickly came to a halt.  In some cases the wheels locked.  I have a video of the test crew in action but technology prevents  me showing it in the blog.    I understand we ail shortly have our own u-tube channel so watch out for the movie clip. 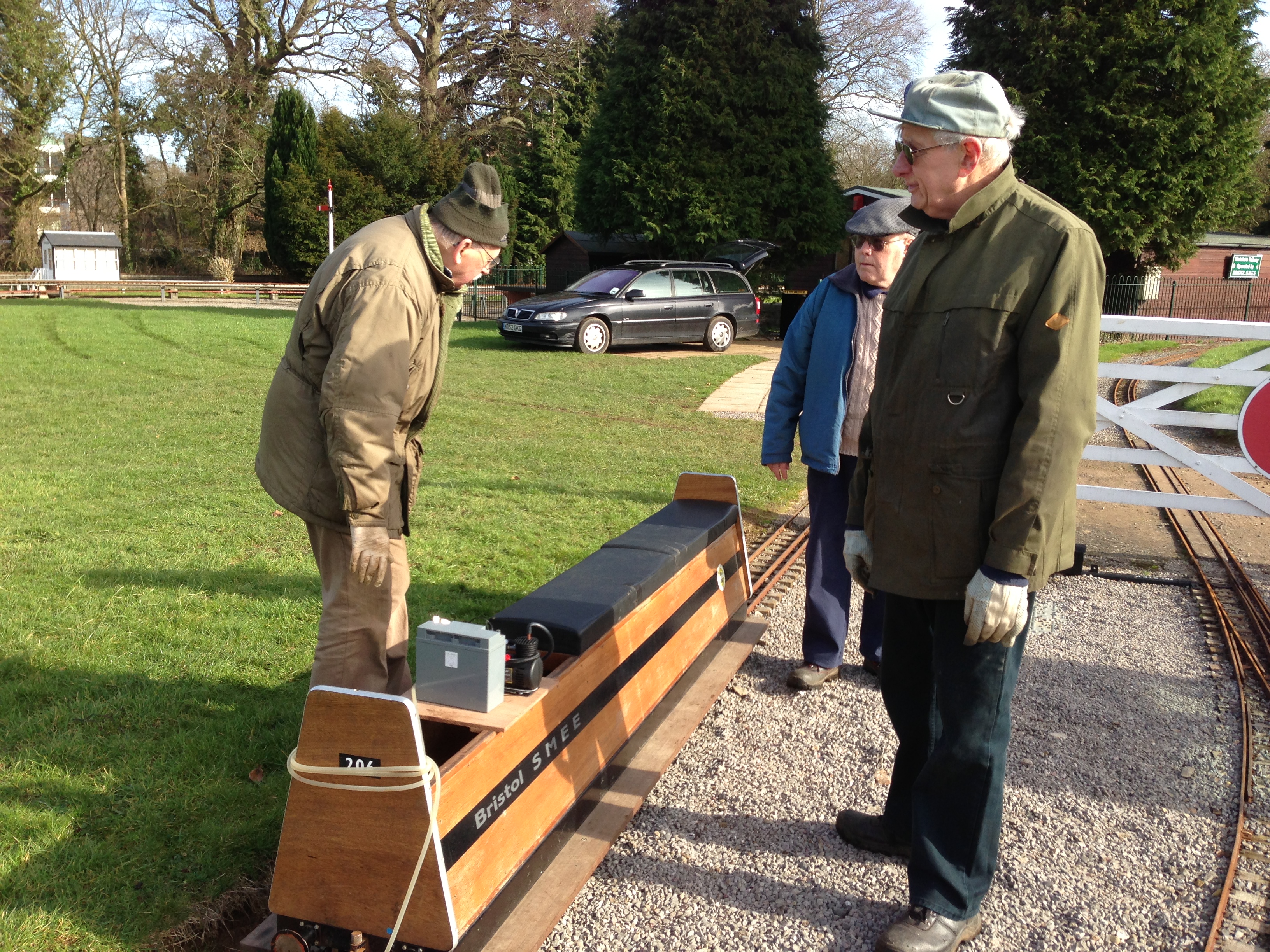 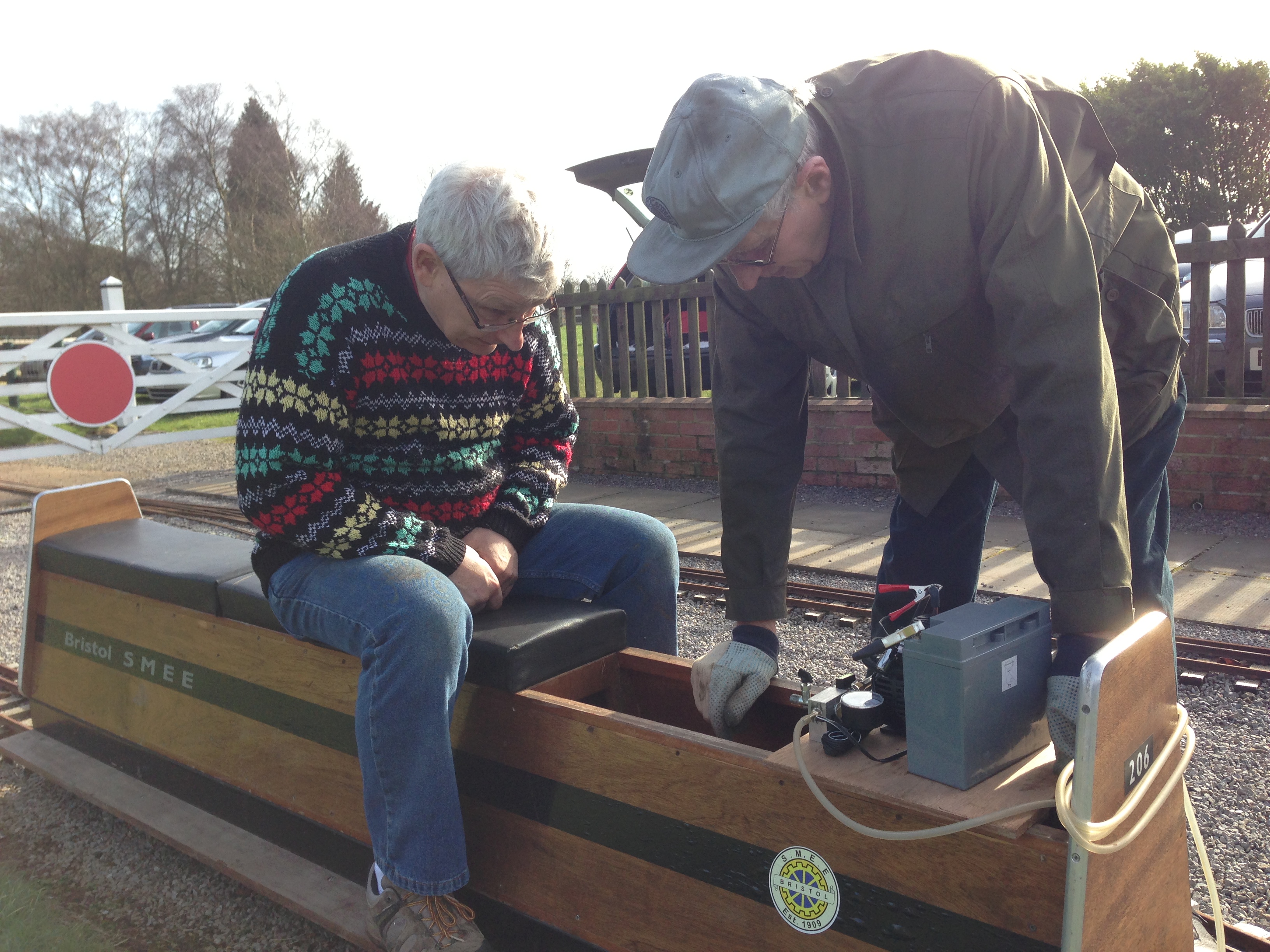 Even our chairman was persuaded to give it a go.

Lots of other activity going on all enjoying a very pleasant sunny day.

Tim Hims was there putting the finishing touches to the lift.   It is now fully operational from the black control box.  The electrical supply switch is inside the workshop next to the water heater switch and the cubicle key is attached to the switch.  We will be fitting a Parazia padlock shortly.  Let us know how you get on with it, it is a lot easier than muscle power. 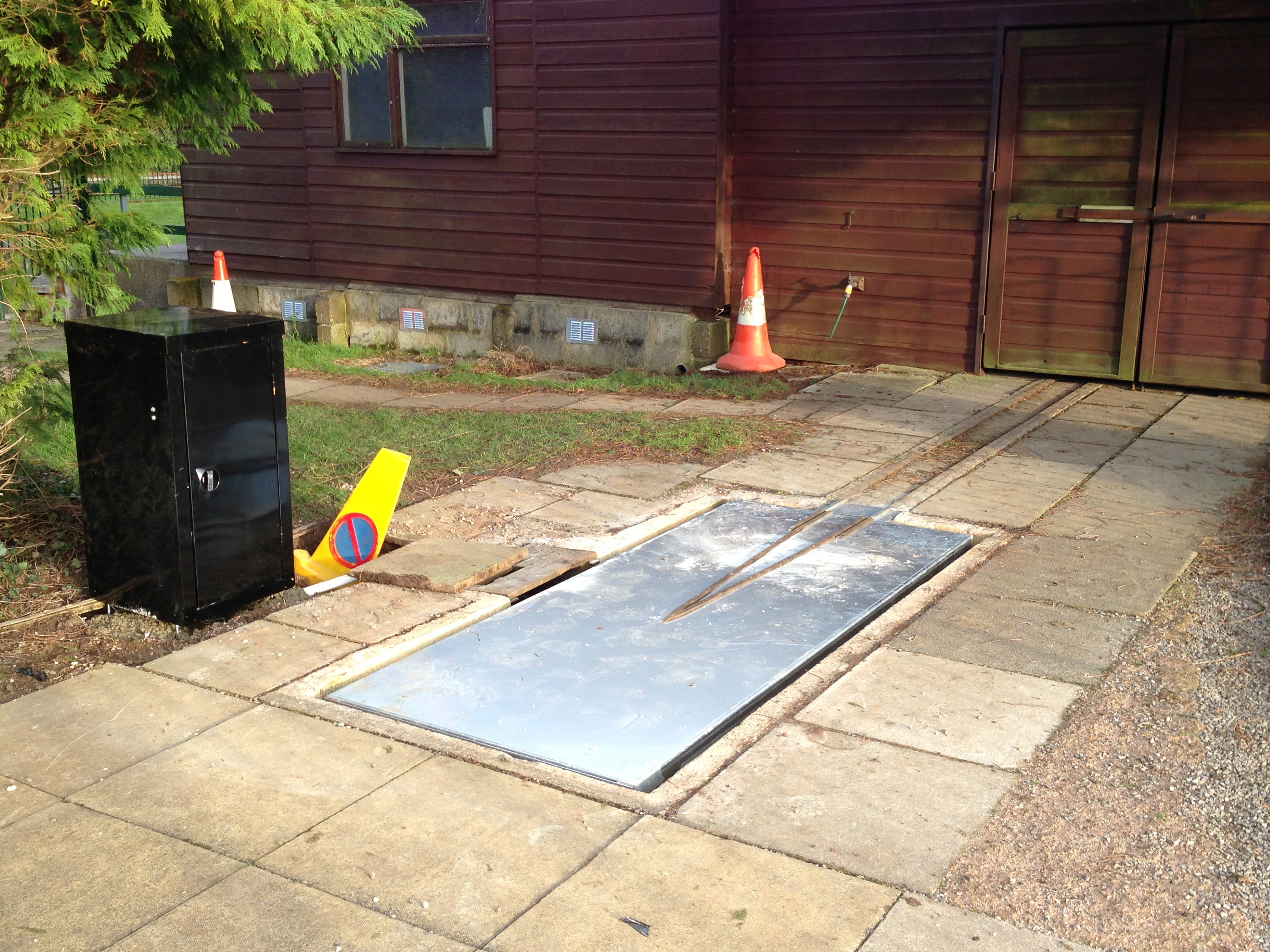